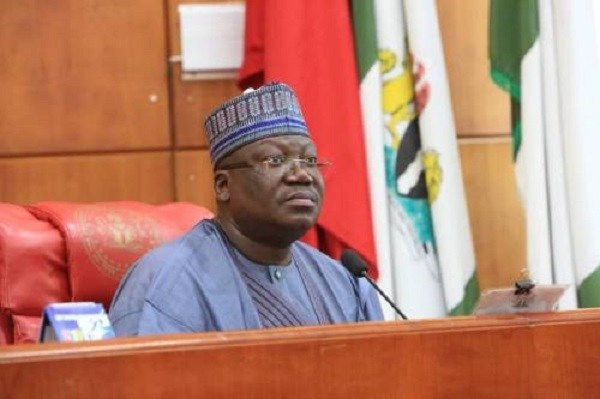 Nigeria Senate President and 2023 presidential aspirant under the All Progressive Congress (APC), Ahmed Lawan has said that there is no denying the fact that the President Muhammadu led administration has recorded low successes in many areas.

Lawan however promised to intensify efforts on those areas, particularly, on uniting the country while tackling acts of terrorism and other forms of criminalities if elected president in 2023.

The Senate President made the remark on Thursday while addressing delegates in Katsina State ahead of the forthcoming APC primaries to elect its candidate for the 2023 general elections.

The Senate President who described the Katsina meeting with delegates as its first outing since he declared interest to join the presidential race, however lauded the administration of president Muhammadu Buhari for taking the right decision and steps by giving more resources to security agencies to decimate
and secure the northeast from the afflictions of the Boko Haram, alleging that the zone is much more safer than it was in 2015 and 2019.

Lawan expressed optimism that if he becomes president, he will continue to work assiduously to end the menace of insecurity in northwestern Nigeria and other part of the country, noting that Nigerians must be united to win the fight against the hoodlums.

“But for me, I am an optimist believing that the cup is half full rather than half empty. We have done a lot in terms of providing resources for security agencies to fight banditry and other insecurity issues but we have not achieved the kind of results that we want to achieve and we are not tired and will never be tired. We will continue to fight, provide more resources and continue to hold our security agencies responsible for as long as the insecurity persist. We must not waver and we must never show any sign of weakness or tiredness and by the grace of God, we will conquer the insecurity that afflicts us.”

On his chances in the 2023 presidential race, Lawan said he is banking on his 23 years experience at the National Assembly to become the next president of Nigeria, having been elected into the hallowed chamber since 1999.

“It will be 23 years on the 4th of June this year that I have been in the National Assembly. My experiences, I believe, are adequate because I have worked with people like you (Governor Masari) and today, I’m working with our President, President Muhammadu Buhari who is leading the APC administration.