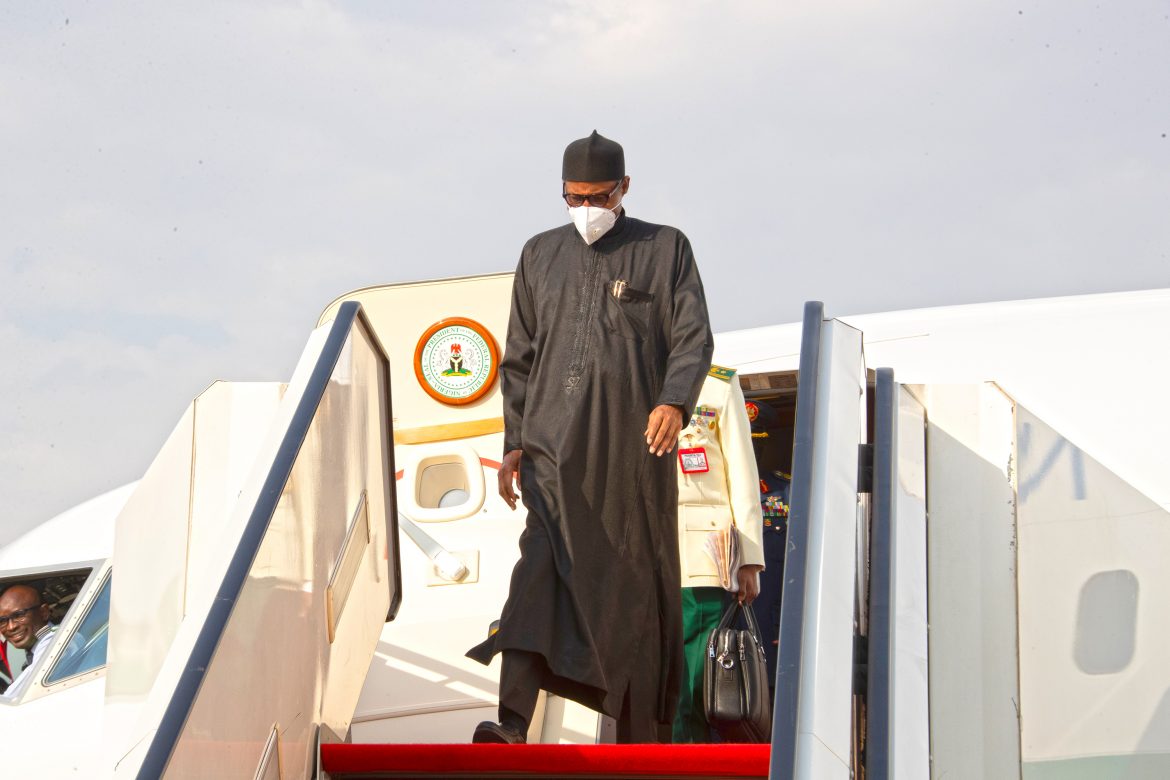 Contrary to reports that he had shelved his initial plan to jet to London for his scheduled medical check after attending the United Nations Environmental Programme, UNEP at 50, in Nairobi, Kenya, President Muhammadu Buhari will leave the country for the British capital on Sunday, March 6, 2022.

Rather than staying idle till Saturday in Kenya,The Crest reliably  learned, the President decided to return to the nation’s capital, and make the London trip on Sunday.

Bashir Ahmad, Special Assistant to the President on New Media, had announced the President’s sudden return to Nigeria, at about 1p.m. on Friday, on his Twitter handle, saying:

“President Muhammadu Buhari has returned to Abuja, after his participation in the 50th Anniversary of the UN Environmental Programme (UNEP) in Nairobi, Kenya.”

But Ahmad didn’t say anything about the London trip, sparking speculations on the matter.

Special Adviser to the President on Media and Publicity, Mr. Femi Adesina, had, in a statement on Tuesday, announced that Buhari would proceed to London for routine medical checks that will last for a maximum of two weeks after his Kenya trip.

While in Kenya, the president participated in the special session to commemorate the 50th anniversary of the United Nation’s body.

Buhari said: “As we celebrate the 50th anniversary of UNEP’s existence, we laud the efforts of UNEP and encourage broader action to overcome climate change, biodiversity, rising levels of pollution and waste being three major crises threatening our planet.

According to the News Agency of Nigeria, NAN, the President also met with Mr Ibrahim Thiaw, Executive Secretary of the UN Convention to Combat Desertification (UNCCD) in Nairobi.

During the meeting, Buhari directed collaboration between the Ministries of Environment, Water Resources, Agriculture and Rural Development and Power to combat desertification.