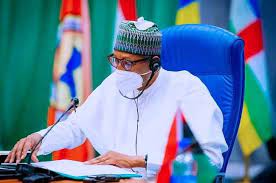 President Muhammadu Buhari has signed the Proceeds of Crime Management Bill, Money Laundering Prevention and Prohibition Bill as well as the Terrorism Prevention Bill into law.

In a related statement released from the office of Senator Suleiman Abdu Kwari, sponsor of the bills, the Senator, who is also the Chairman Senate Committee on Anti Corruption and Financial Crimes, on Thursday, stated that this was a clear evidence of cross- institutional collaboration in Abuja.

Describing the situation as a “group glory”.

With this passage into law, Nigeria stands to attain a better international AML/CFT rating by the Financial Action Taskforce (FATF) as it relates to the fight against money laundering, prevention of terrorism and management of recovered assets resulting from proceeds of crime and other suspected unlawful activities.