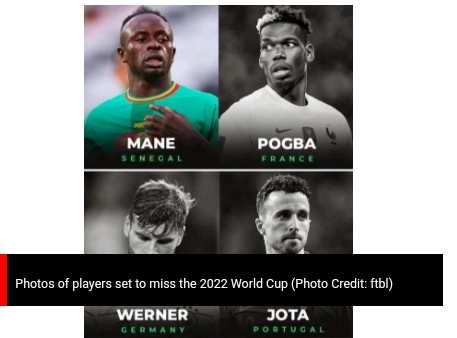 With the 2022 FIFA World Cup only 11 days away scheduled to hold in Qatar, a number of the most famous names in football are set to miss the tournament due to injuries sustained in club matches.

The 2022 World Cup is the first ever to be held in the months of November and December, which is the middle of the European club season.

As a result of the timing, participating teams are already being impacted as major players are being ruled out due to injuries.

In past editions, players had several weeks to recover prior to the tournament’s kickoff, which were usually during club off-seasons in the months of June and July.

See the full list of players set to miss the 2022 World Cup due to injuries: