A chap that works well and delivers promptly on his mandate, deserves every accolade and good time whenever a celebration comes knocking.

The loyal as an apostle Barrister Tokunbo Philip Wahab, the Special Assistant to Gov. Babatunde Sanwo-Olu on Education, could be likened to the above aphorism, as he turned 50 Golden Years on earth days back.

As expected, it was a shower of encomium and adulations for the birthday boy, the performing governor Babajide Sanwo-olu led his top cabinet members to felicitate with the golden boy of the moment.

The Lagos No. 1 citizen, who just got the nod for a second term in office, congratulated the golden boy in golden words for his rare accomplishment in his portfolio, aside being a legal luminary. 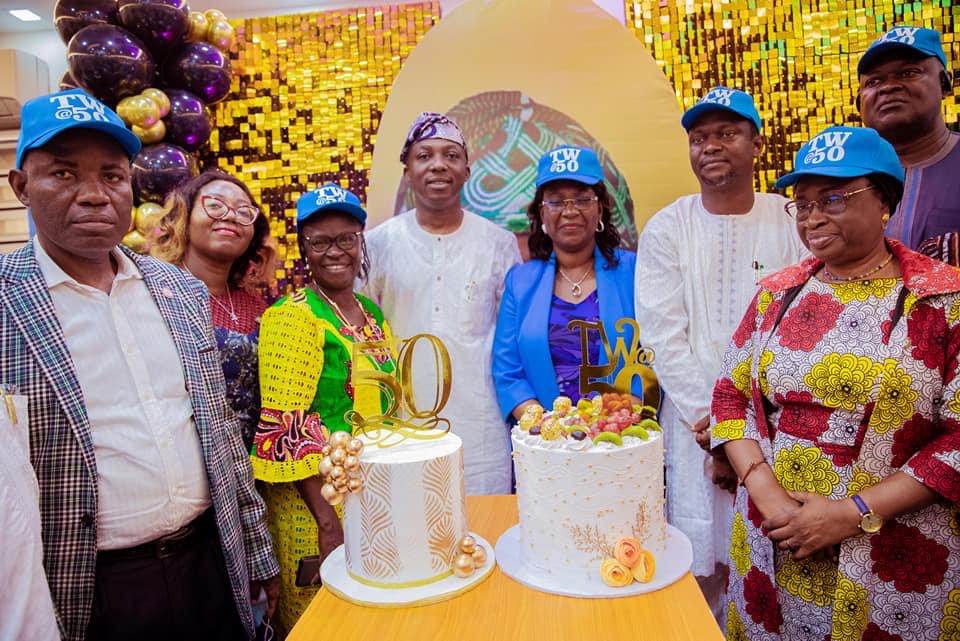 The evening celebration was a momentous gathering of top establishment dictators in the state and even from outside the Centre of Excellence and the birthday celebration was remarkably as the talk in town, and will remain one for months to come.The list of those who graced the grandiose ceremony; will be too exhaustive to contain in this short piece but notably present at the party were royal fathers of the state; like Oba Saheed Elegushi of Ikate Kingdom, HRM, Oba Abdulwasiu Omogbolahan Lawal, Abisogun II, Oniru of Irulandand and Oba Dr. Olufolarin Kayode Ogunsanwo, Alara of Ilara, Epe, Lagos just to mention a few.

Surfeiting exotic choice of drinks and delicious food were in abundant, while on the band stand, were juju maestros, King Sunny Ade and Commander Ebenezer Obey, as celebrator and his darling wife were full of thanks to all who came to honour him for a celebration of life.The lawyer-turned-public servant, Toks, as he is fondly called by his friends and admirers, his day will continue to be one he will ever salivate about recurrently and he promised to continue in this stead as a deliverer of promises for many years to come. With his solid pedigree as an achiever of no mean repute, in an area quite alien to his original field as a consummate legal practitioner, Toks is still basking in the euphoria of his much-anticipated Golden Jubilee anniversary, as the celebration continues…