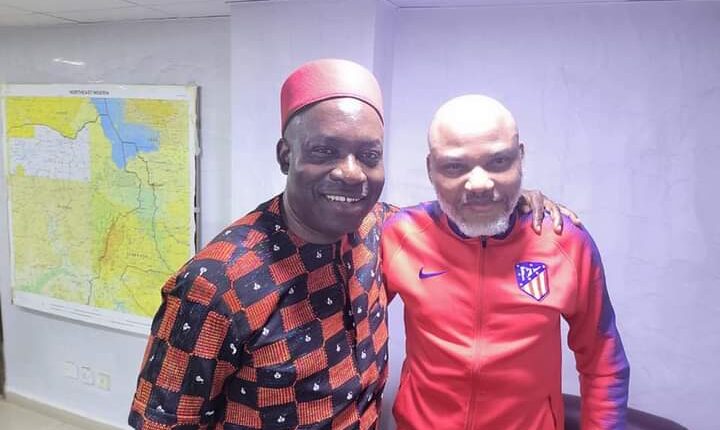 The leader of the Indegenous People of Biafra (IPOB), Nnamdi Kanu, has expressed worries over spate of killings , kidnappings and other forms of criminalities in the South-east and that he would be ready to engage in actions that could help maintain peace and harmony across the region.

Kanu said that he would be glad to personally broadcast to his followers and other groups agitating for the separation of the region from Nigeria, to maintain peace and ensure that commercial activities thrive within the region.

The IPOB leader was said to have disclosed his stance against insecurity within South east region during a meeting with the Anambra State Governor, Charles Soludo, yesterday.

Revealing what transpired between both parties after the meeting held at the facility of Directorate of State Security (DSS) in Abuja, Soludo stressed that Kanu was ready to partner with anyone that would bring development to the region which he is passionately agitating for.

According to Soludo, the visit to the DSS office was part of his ‘wider consultations’ with critical stakeholders that could ensure lasting peace and security in the South-east.

In a statement released through his official social media handle, the governor disclosed that Kanu described the killings and other security challenges within the region as senseless.

“He was in very high spirits and we had quality and frank discussion in a very convivial atmosphere,” Mr Soludo said of the IPOB leader.

“He expressed sadness over what he described as ‘sacrilegious killings’ of innocent persons, kidnappings and all forms of criminalities, including the brutal enforcement of the senseless ‘sit-at-home’ perpetuated by sundry groups claiming to be acting for or on behalf of IPOB’

The governor said the IPOB leader promised to ‘personally’ prevail on his followers, through a broadcast, to maintain peace whenever he gets the opportunity to interact with them. Together, we shall restore peace, security and prosperity in Anambra State and the South-east,” the governor noted.