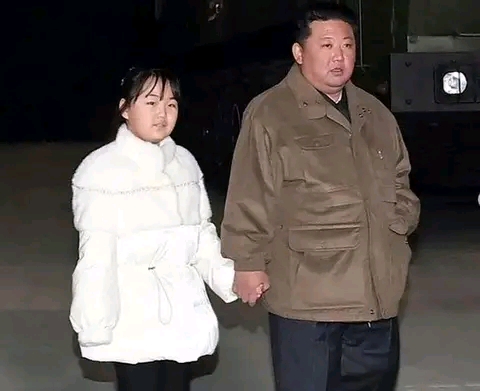 North Korean leader Kim Jong Un on Friday oversaw the test of the intercontinental missile with his daughter in tow for the first time, state media reported.

Declaring he would meet perceived nuclear threats from the United States with nukes of his own, Kim supervised the launch of the black-and-white missile, the official Korean Central News Agency said was the Hwasong-17 — dubbed the “monster missile” by analysts.