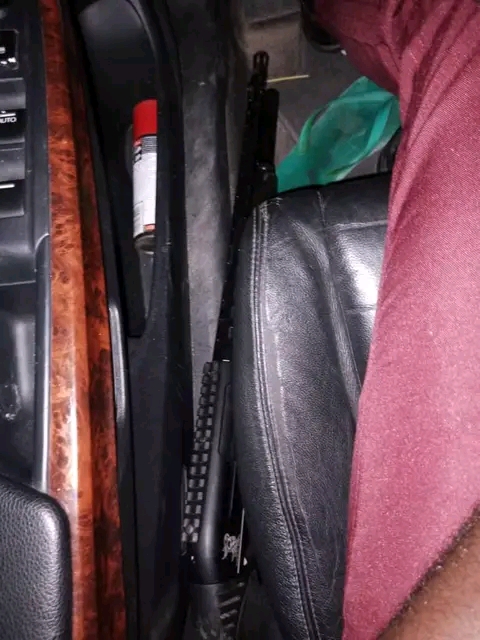 A gun has been recovered from an unregistered vehicle which was impounded by men of the Lagos State Traffic Management Authority for driving against traffic in the state.

This was made known in a press release by the general manager, Bolaji Oreagba and signed by the Director, Public Affairs Department, Adebayo Taofiq on Thursday.

Oreagba disclosed that the impounded unregistered vehicle; a black Honda was apprehended by the patrol team of the agency while driving against traffic around Sangotedo inward Abijo G.R.A along Lagos-Epe Expressway.