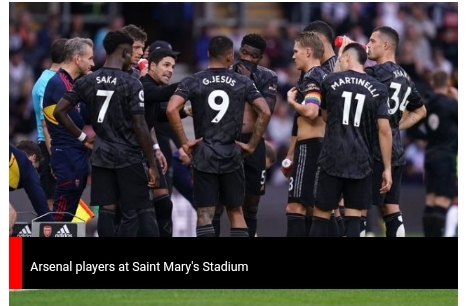 Arsenal had won all Premier League matches since their defeat to Manchester United, their only defeat of the season so far.

Although Arsenal’s midfielder, Granit Xhaka, gave the opening goal in the 13th minute of the first half, Southampton’s Stuart Armstrong, scored the equalising goal in the 65th minute.

The draw with Southampton makes it Arsenal’s first draw of the season and sees the Gunners drop two points in their lead ahead of Manchester City who have 26 points.

With 28 points, the Gunners are still top of the table, while Southampton slide down to 15th place with 12 points.