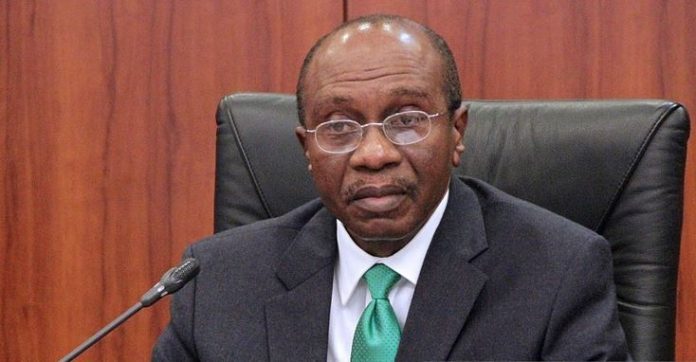 All through the week, the debate has been about the Central Bank of Nigeria’s intention to redesign Nigeria’s national currency, the naira, and reprint the three largest denominations and call in the old notes for cancellation.

The debate, essentially, has been about whether this is a good or bad policy. Like anything else, every good thing has a bad side. All we have heard from critics is that it is badly timed. So what is the right timing? Whatever is good is good, no matter the time.

The evidence is there for all to see. People now go to the streets to toss money out for passersby to pick. These are not the monies sprayed in parties.  Anyone who works for their money knows that this cannot be real money. They are more likely to be counterfeit or illegal proceeds of crime. Therefore, getting the large percentage of currency outside the system into the banking system is a necessary step.

The CBN has also said it wants to reduce cash available for kidnapping payments and terrorist financing; this is also a good reason for undertaking this project. No one can deny that the recent kidnapping payments are possible because of available cash to make the payments. The bank has said it wants to control cash counterfeiting that is now more frequent because of the improvements in printing technology. There is also the burden of the old notes that should have been long replaced.

The biggest reason for letting this policy happen now is the need to reduce inflation. Our inflation is now beyond hiking interest rates. Any more interest rate hikes will destroy the little growth in the economy. The slow naira velocity that will follow the currency change in the next three quarters will slow down the economy and bring about some kind of mild recession. We need to slow inflation in our economy now. We also must note that inflation is imported into our economy each time the dollar rate goes up. All the reasons the CBN has given are good to embark on the current project.

We can also add that corruption will be impacted, as most corruption payments, particularly in our politics, are all done in cash. This is a good reason it should be now; before the next elections.

The two frequently cited negative consequences of this policy is that the timing is bad, and it will force hoarders of cash to change their cash into dollar, and that will further devalue the naira. The timing issue is neither here or there, in fact the timing, to my mind, is perfect if the policy is well implemented. The window for depositing the old notes into the banking system will ensure that some of the illegally hoarded naira notes will be stranded, and the policy adjustment in a new administration won’t be possible to change this policy direction.

Those who fear we may be back to the 1984 confusion, the last time we did this, should realise that most people have their money in the banks now, backed by their ATM cards and the various channels to reach their money. The 1984 scenario is completely different. The recent experience in India, where a similar policy was implemented, was chaotic at first, essentially because of the large rural population. Like in our case, everything soon settled, and new studies revealed that despite the suffering that followed it in the rural areas, the policy was mostly successful.

We will need to learn from India; we must put in place a strong campaign to reduce the suffering likely for people in the rural areas where banking presence is far from ideal because there are no banks nearby. Thank God for the point of sale and agency banking now in place. We should help in giving the necessary information on how these channels can help rural dwellers get their cash to the banks.

The security agencies should also be vigilant as the possibility of dumping the old notes on farmers in the rural areas for commodities aiming to be exported for the dollar will be prevalent. There is nothing wrong with this if the intention is good, but there are foreigners amongst us, who have always used this as a money laundering scheme. This time, we need to be vigilant.

Now for those changing their naira notes to dollar notes, leading to rapid depreciation of the naira, that should not worry us much because we have since lost the battle to defend the naira.

The monetary authorities have been reckless in using our dollar reserves in defending the naira. It was always going to be a lost battle because the only way to defend the naira is to increase the productivity of our economy. Having multiple exchange rates has not helped. In fact, it is the source of the biggest fraud and corruption in the country. Those who allocate forex based on criteria have a lot to answer for. Anyone who receives dollar allocation at the official rate and knows that the actual value is twice what he paid for it will be a fool not to do the rational thing, which is to profit from it, whether he is a manufacturer, importer or Bureau de change operator. The prolonged racket for the Bureau De Change regime was possible because many of the owners of the outfits were rumoured to be CBN employees and big political bigwigs. The waste of billions of dollar in defending the naira was a willful damage that could have been avoided.

Anyone who has read my views on this already knows that I have always favoured floating the naira. The fear of what will happen, if the naira is floated, is now with us. We feared it would reach N200 to $1, it did. Then we feared it would reach N400 to $1, it did. We are now looking at the possibility of N1000 to $1, which will happen if we don’t do the needful. Let the naira be floated now and let it find its value. The markets always do a better job of allocating scarce resources. He who is down, fears no fall. There is nothing more to fear about the falling value of the naira.

We are at the point now where floating the naira will actually benefit us after many missed opportunities. Floating the naira at the end of this year will complete the needed reforms. It will end all the naira speculations and promote manufacturing and exports in our economy. Imports will reasonably fall and that will help our Balance of Payments and rev our economy in ways we have never seen before. Foreign investments will also come in to take advantage of the lower value of the naira.

Finally, to make these reforms complete, the CBN should ban all dollar cash transactions in Nigeria. Domiciliary Accounts should be allowed to be the medium for personal forex transactions. All banks should be encouraged to get their customers to open these accounts and operate them freely. First, not more than six weeks should be given to let all those with dollar cash to deposit into their various domiciliary accounts, and should be allowed to operate freely as it was in 2015 before the disastrous decision to tamper with it. It was said at the time that Nigerian bank’s domiciliary account balances reached $26bn. Because of the distributed nature of it, it was efficient. This was another dollar reserve that supported the economy apart from the CBN-FX reserve balances. Tampering with domiciliary accounts was disastrous. Just when Nigerians were getting used to enjoying this phenomenon, someone decided that was the cause of corruption and targeted it. By the time the error was realised, the balances had vanished, bringing back pressure on the CBN to fund personal education, medical healthcare abroad and travels generally. Nigerians who were using their domiciliary account balances to meet their personal forex needs suddenly got a rude shock.

The CBN seems to have woken up from its slumber. This policy has merits and the bank should be allowed to complete the necessary reforms that will put the economy back in place. We have no other alternative right now.